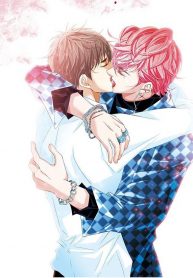 A bright star appears in front of “Hosu”, who lives his life for his sick little sister.
It’s the singer “Leeseo”, who is about to have his debut soon. But Leeseo is facing a sudden change, as some woman declares to be his blood-related mother…
Nobody knows how much pain Leeseo is going through behind all the stardom and Hosu becomes the only one who comforts him.
So, from that day on, Hosu’s life is anything but ordinary.

Lots of kiribaku yaoi, yaoi nhentai comics are only here